Kultwinzer ... Kleinstmengen! Streng limitiert! The recently released 2007 Syrah Labels (89% Syrah, 7% Grenache, and 4% Viognier) comes from the 11 Confessions Estate Vineyard (57%), a small amount from the home estate vineyard in Oak View called Cumulus, and the rest from purchased fruit grown in the White Hawk Vineyard in Los Alamos and the Bien Nacido Vineyard in Santa Maria. A sensational effort, it is performing even better out of bottle than it did from barrel. An opaque purple color is accompanied by beautiful notes of charcoal, acacia flowers, blueberries, blackberries, graphite, and subtle smoke. With great fruit, tremendous texture, and full-bodied power, it is locked and loaded. This cuvee should provide great drinking in addition to some provocative discussions over the next 10-15 years.

The perfect 2005 Syrah Atlantis Fe 203-1a,b,c is a blend of 93% Syrah, 5% Grenache, and 2% Viognier, with 25% whole clusters. Whereas the Ode to E is all from the Eleven Confessions Vineyard, this cuvee is a combination of 43% from the estate vineyard, 28% from the White Hawk Vineyard, 21% from the Alban Vineyard, and 8% from the Bien Nacido Vineyard. The good news is there are nearly 1,500 cases of this recently released offering. An extraordinarily flowery nose interwoven with scents of blueberries, blackberries, incense, and graphite soars from the glass. Although not the biggest or most concentrated Syrah Krankl has made, it is one of the most nuanced, elegant, and complex. It remains full-bodied, but builds incrementally on the palate, and comes across as elegant and delicate, especially when compared to many California Syrahs. Nevertheless, the intensity is mind-boggling, and the finish lasts for nearly a minute. Drink this amazing effort over the next 10-15+ years. I don’t know whether it’s catching on or not, but there is a school of nonsense going around that somehow low yields are overrated. Of course, farmers who treat their vineyards like industrial plants, and wineries who do not control vineyards, or have accountants running the bottom line, are the usual suspects making this specious argument. From my perspective, thirty years of experience have always suggested that vineyards with the lowest yields tend to produce the most interesting wines. Sine Qua Non has emerged as one of the world’s greatest wineries over the last decade, and low yields are part of the reason. Yields for their white wine varietals have gone from .91 tons per acre in 2003, to their most generous yield of 1.86 tons per acre in 2005. Their red varietal yields have increased from a scary, financially disastrous .32 tons per acre for the 2003 Grenache, to a whopping 2.11 tons per acre in 2005. In 2007, yields averaged 1.28 tons per acre for the white varietals, 1.31 tons per acre for Grenache, and 1.52 tons per acre for Syrah. (I did not taste the 2007 SQN wines, but other Central Coast 2007s I did taste suggest this will be a great vintage for this region.) When tasting wines such as Sine Qua Non, these statistics mean something because the Grenache is the finest in the New World, the Syrah begs to be compared with the greatest of France, California, and Australia, and the white wine blends assembled by Manfred Krankl are as sumptuous and complex as the world’s finest Chardonnays, even though there is little Chardonnay included in recent vintages, and there will be none in future releases. The ultimate “garage” winery, this operation’s back alley warehouse looks like a set scene from the movie Mad Max, but inside are the elixirs of dreams. Despite Krankl’s already lofty reputation, he continues to fine tune and build more nuances and complexity into his wines without sacrificing their intrinsic exuberance, purity, intensity, and individuality. I am increasingly convinced that no one in Australia, America, South America, or anywhere else in the New World makes a finer, more complex and compelling Grenache than Manfred Krankl. He is now producing two Grenache cuvees, an experimental, highly successful, long barrel-aged (40-43 months) effort, and a Grenache that is aged in oak for nearly two years prior to bottling.There are also two renditions of Syrah, a long-aged offering that is essentially an hommage to Marcel Guigal’s single vineyard Cote Roties (the SQN Syrahs are aged 42 months in 100% new French oak), and a Syrah that is bottled after 21-22 months in oak. These cuvees are rarely 100% Syrah as Krankl frequently adds in some co-fermented Viognier as well as Grenache. There are four sweet wines being made, but, unfortunately, the Mr. K. series will end because of the premature and tragic death of the renowned Alois (Luis) Kracher, the genius behind so many extraordinary sweet wines from Austria, and a partner with Krankl. In a year filled with some extraordinary tastings (2005 Bordeaux, 2007 Southern Rhones to come), this tasting at the so-called “garage d’or” on the back streets of Ventura stands along side the wine-tasting/dinner at the Great Wall of China as one of the two wine-tasting events of the year. 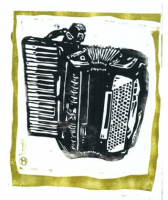